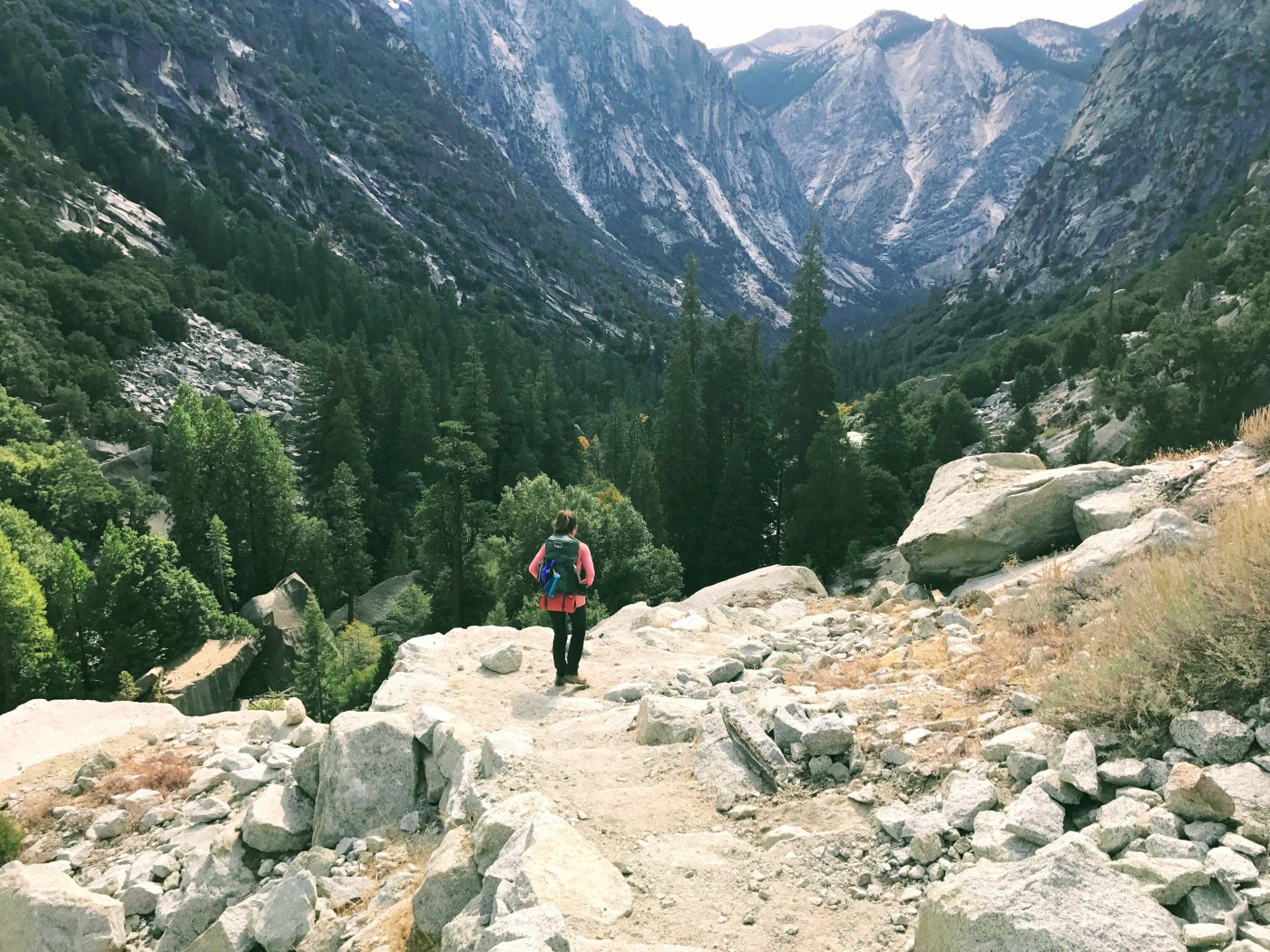 In the fall of 2016, Josh and I decided on a whim to plan a long weekend getaway.  We had an extra 2 days of vacation to burn so we figured we’d fit in one more hiking trip before the year was over. We loved Yosemite so much, so we decided to go back to California and check out Sequoia and Kings Canyon National Parks nearby. I mean if John Muir considered Kings Canyon a rival to Yosemite, it must be pretty special.  He was right, and I’m so glad we got to find that out for ourselves!

Our trip began with a flight from Dallas to Burbank, California where we arrived at the smallest airport in the U.S. that we’d ever been to.  We picked up a rental car, then headed to REI to pick up some fuel canisters (you can’t fly with them), then made the 4 hour drive to Kings Canyon.

It was pretty late when we arrived at Azalea Campground, but we found a site nonetheless.  When we woke up, we were impressed with how beautiful the campground was. After packing up, we went to the visitor center to rent a bear canister for the night (they are required for some areas in Kings Canyon), then enjoyed the scenic drive to ‘Road’s End’ where we filled out a self-issued permit to go into the backcountry.

We hoisted our heavy packs onto our backs (the temps were supposed to be in the low 30’s at night, which was the coldest we’d ever camped, so we had lots of extra layers) and began our hike to Paradise Valley. 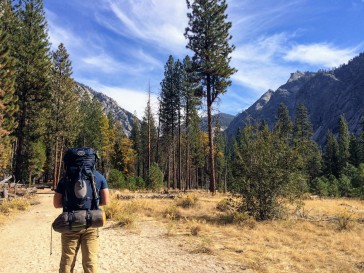 The trail to Paradise Valley is mostly uphill, but the variety of the landscape really distracted us from the climb.  There were river views, mountain views, winding paths through the forest,  lots of fall foliage, and a waterfall!  Every turn on the trail was stunning. 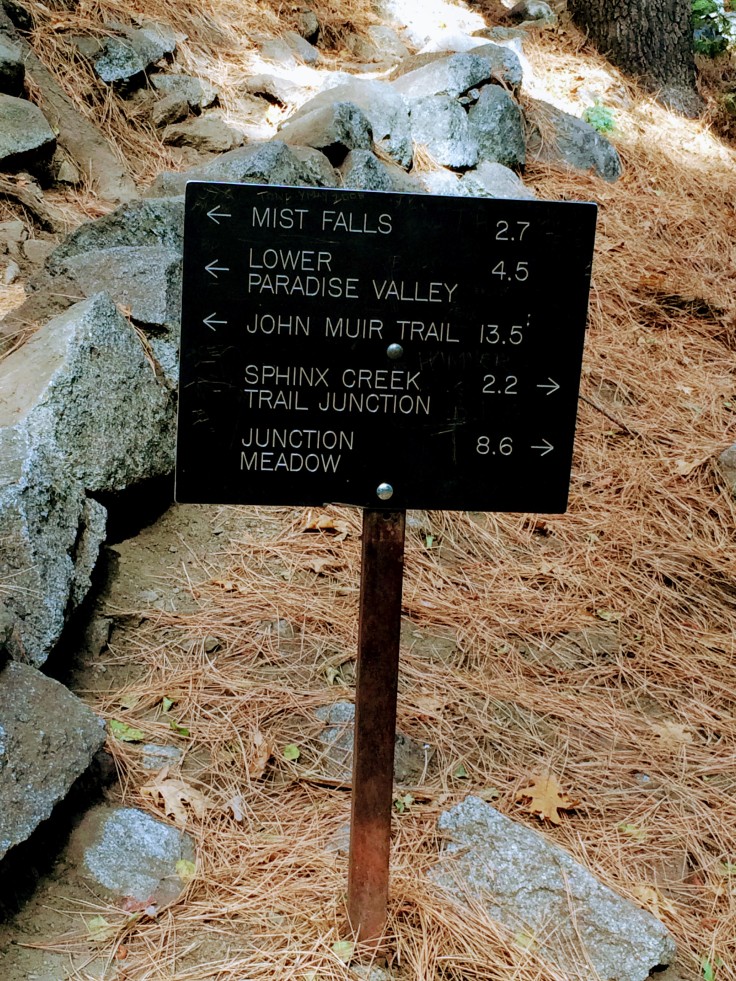 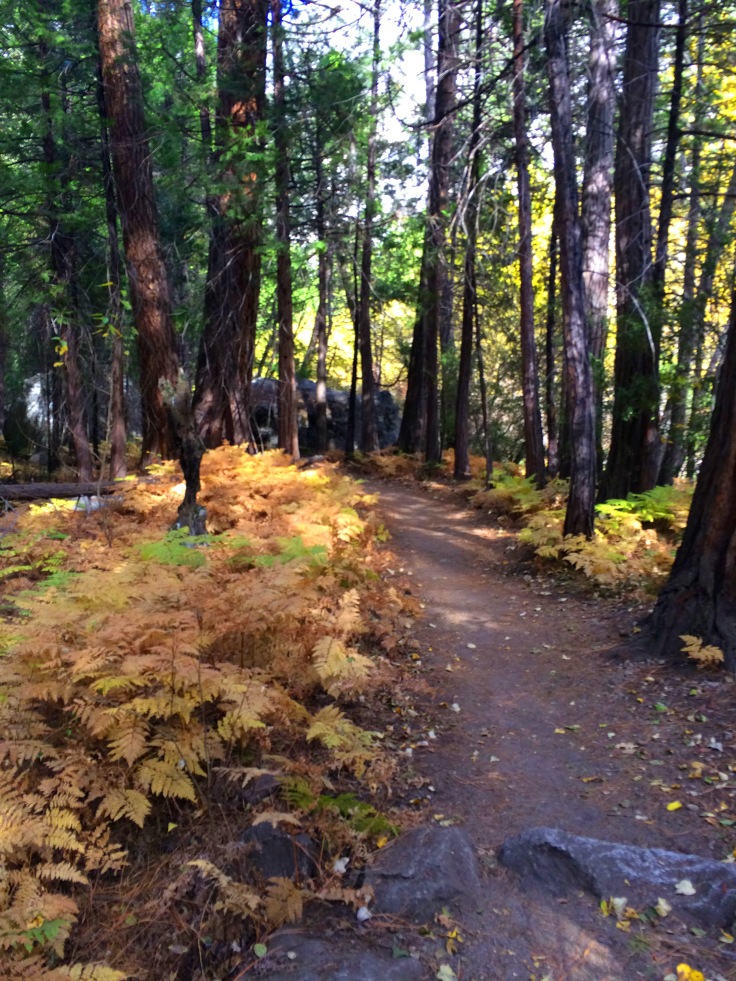 Once we started getting a little higher up, we had incredible views of the mountains behind us. I kept turning around in awe and slowing us down, but it was worth it!

As we started getting closer to camp, probably about 2 miles out, we ran into another couple who was headed the opposite direction and warned us that they’d just ran into a mama bear and her cub.  They said that the bear was right on the trail, blocking their way, and that when they started to back away, the bear moved toward them! From that point on we made sure to make a lot of noise! 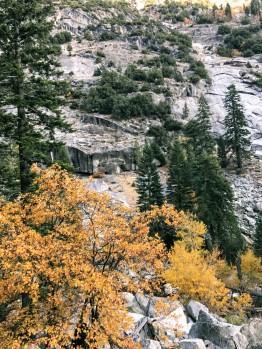 We made it to camp safely, without encountering any bears.  I was thankful, but admittedly a little disappointed. Maybe next time 😉

Our campsite sat right in front of a towering mountain and faced the river that was about 50 yards away.  It’s probably my favorite backpacking spot we’ve stayed at so far! 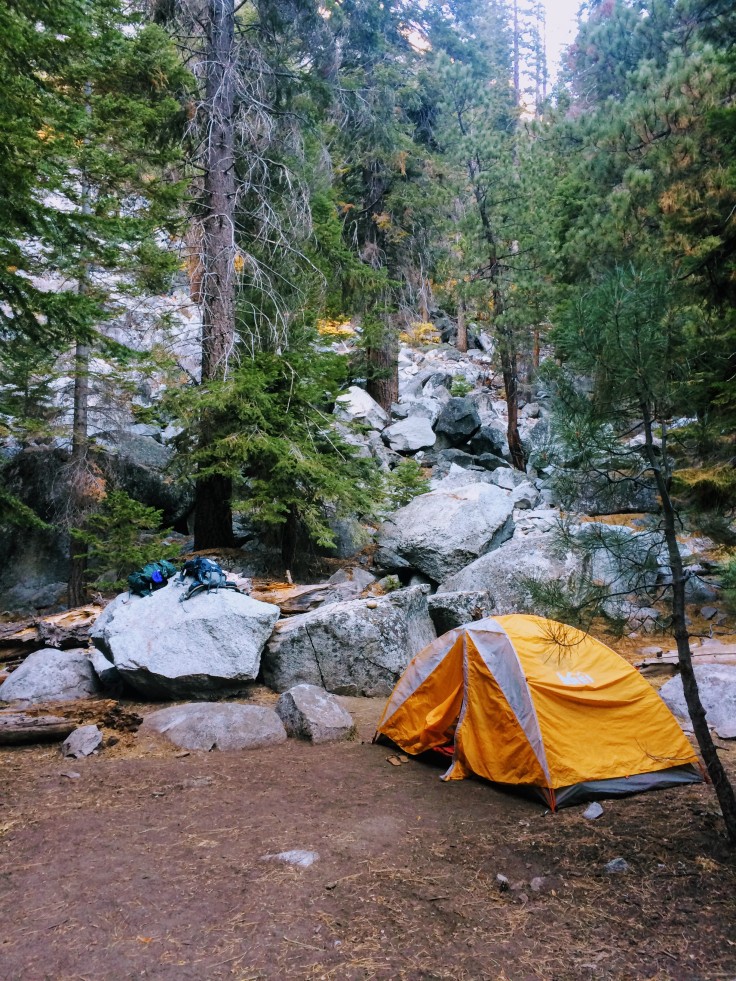 After getting settled in, we quickly made a fire to keep warm as the sun began to set and the temps dropped. We made our dinner and ate by the light of the fire, careful not to spill anything and attract bears.  We were super cautious about making sure everything scented went back in our bear canister and was kept away from our tent. It was our first time sleeping in a tent when bears were a legitimate concern.  Luckily, we made it through the night without attracting any animals.

When we woke up the next morning, it was FREEZING! Josh went to gather water, and even though I knew we would be leaving camp soon, I made a decent sized fire while he was gone.  There was no way I was going to make it without warming up first.  I was worried that Josh was going to think I was ridiculous for making a fire since we’d have to wait for it to go out, but after having to get his hands wet in the ice cold water he was happy to see the flames when he got back.

After several jumping jacks and coming close to burning the soles off of my shoes in the fire, we were able to pack up and head back on the trail.

I’m usually not a huge fan of out and back trails, but this trail is incredible on the way back because you face the awe-inspiring mountain views that are behind you on the way there. 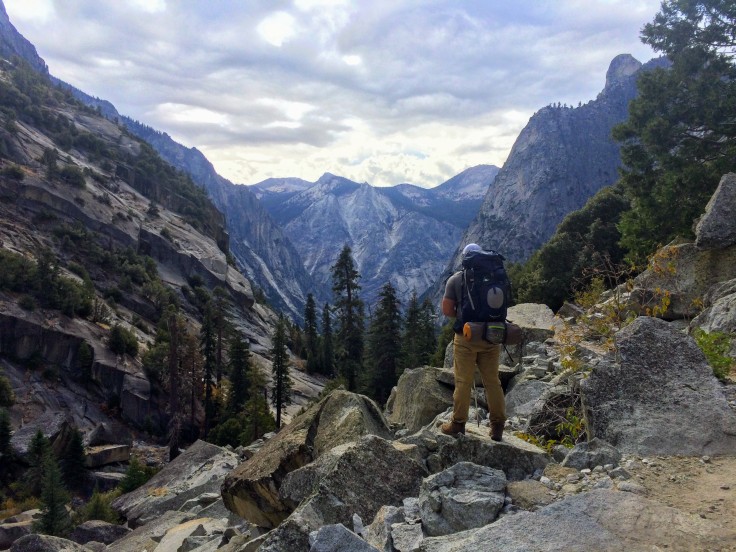 Of course, the way back was also filled with the same stunning fall colors. 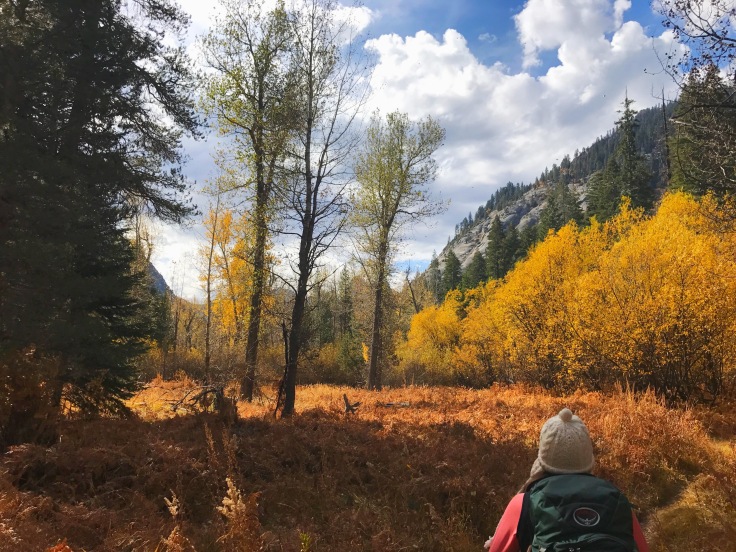 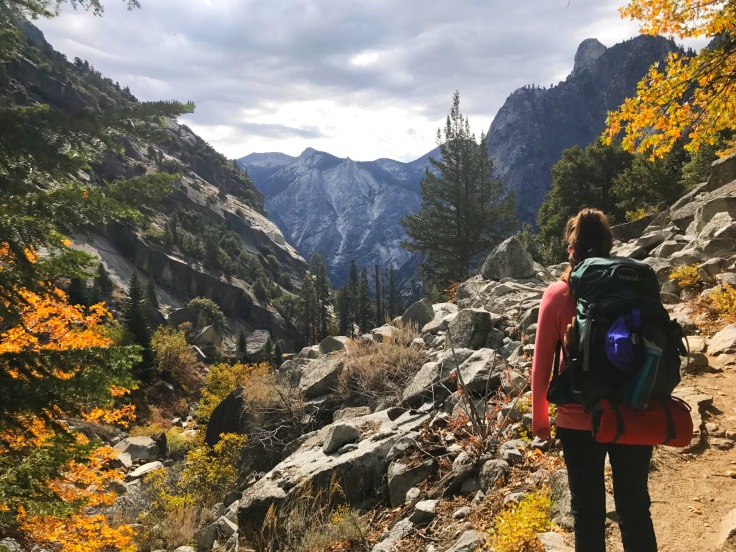 All in all it was an excellent trail and I may even consider doing it again one day! At the very least I definitely recommend it to anyone who hasn’t hiked it before.

Now on to the Land of Giants….

Where was your favorite backpacking trip? Was it a long planned out excursion or a spur of the moment adventure?